Cardboard recycling is easy to find on Shreddee. Just fill out your information and your local card board recycler will contact you. We can handle bales of cardboard or loose cardboard. If you need containers we have those too. 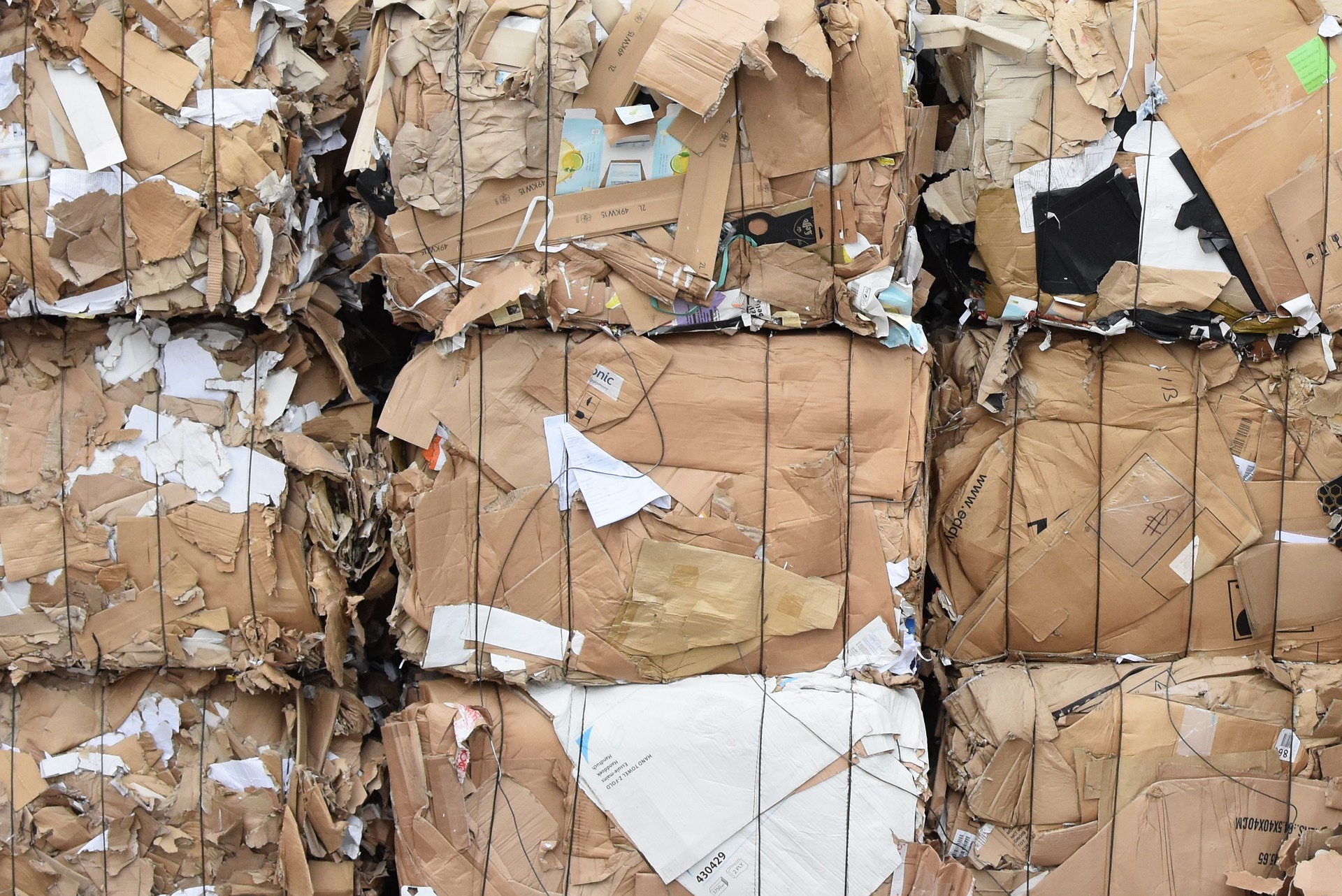 Shredding companies shred a lot of paper and documents originating from different kinds of organizations. Customers that need shredding services include banks, hospitals, credit unions, and hotels among others. The best storage and filing system for documents to be kept in an office is when they are kept in cardboard boxes. The cardboard boxes are sturdier to hold files as well as recyclable. Cardboard which is also referred to as corrugated cardboard and is mostly used for packaging purposes.

In some instances where shredding companies do not issue their clients a lockable container, they use cardboard boxes to transport documents. Since cardboard boxes are recyclable material, they can also be shredded before taken in for recycling.

Cardboard material is quite different from normal paper. It is denser and therefore cannot be shredded at the same time with normal paper. They need to be separated. Shredded cardboard can be used to make denser products such as cardboard storage boxes, tables, housing material and car parts among others.

For more high volume clients like stores and supermarkets, they churn through loads of cardboard boxes used for bringing in products. Since most boxes cannot be reused, they don’t have enough storage space to store the used boxes. It calls for a shredding company to pick them and shred before handing over to a cardboard recycling company.

Cardboard recycling is essential for businesses who wish to save money on waste disposal costs. Ultimately, it is being friendly to the environment as the waste is being used to make reusable items.

Cardboard is commonly known for its thickness and stiffness. Its durability makes cardboard more marketable. Recycling of cardboard also known as corrugated cardboard is done at both small and large business. Even without the use of shredding companies, organizations can directly reach out to cardboard recycling centers and hand them their cardboard waste.

There are various steps considered in cardboard recycling namely:

Most recyclers and businesses have major collection points where the designated cardboards are disposed. These points of collection include waste dumpsters. scrap yards, Industrial stores and even at any commercial exits for generating cardboards. When the collection is already done, the waste cardboards are weighed and placed in the mills to be recycled.

Depending on the way the cardboards were manufactured or used, some may be rejected for recycling or accepted. Waxing and coating done to some cardboards during their manufacturing make some get rejected. Cardboards also used in food packaging industries may need special treatment before recycling hence at the collection point they get rejected.

shredding comes after sorting, which is the process of breaking the cardboards into tiny pieces. After the material is broken into fine pieces, water and other chemicals are added to break paper fibers further to form a substance that is slurry. The process of forming a slurry substance is referred to as pulping. This material is further mixed with another pulp usually made from wood chips so as to give a result of a harder and solid substance.

Removal of Contaminants and Filtering

The pulpy substance goes through a comprehensive process of filtering that removes all impurities such as fiber and glue. After removal of all foreign impurities, the pulpy material goes through another chamber that gets rid of metallic impurities and plastic materials. Plastic floats and are removed first while the metallic staples sink at the bottom and are removed afterwards. De-inking is also done at this stage where the pulp is subjected to a chemical that removes any ink or dye through screening and filtering process. This cleaning sees it that the pulp is clean and ready for the last Stage of processing.

In this stage, the new production is mixed with the pulp items, then dried in a conveyor belt with cylindrical faces that should be heated. After drying the pulp, it is taken to an automated Machine which presses it to remove excess water leading to the formation of sheets that are solid in nature. The sheets can now be folded using machines to make repackaging boxes.

Cardboard Recycling Near Me

If you don’t find it convenient with enough information about the recycling centers then you could ask friends if you’re an individual. But for larger corporations, they could get great information from fellow corporation using the same services.